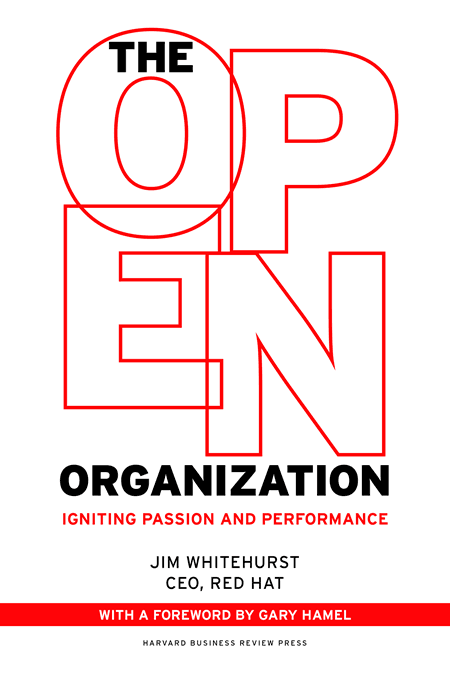 ;TLDR A flat organization structure may not be right for every company, it brings special challenges that some leaders may not be prepared to embrace. Whitehurst walks through how Red Hat has capitalized on transparency and meritocracy to become a leading software company.

I read The Open Organization by Jim Whitehurst in June 2019, about 8 months after the announcement of IBM’s acquisition of Red Hat. The book, written in 2015, is optimistic about the future of Red Hat in becoming one of the biggest software companies in the world. However acquisition by a large proprietary software company is not listed as one of the long term goals of the company. Knowing of the IBM move, it makes it hard to read without attempting to map Red Hat of 2015 into what IBM/Red Hat will look like in 2025.

As a inspirational/motivational book on leadership The Open Organization has no shortage of pull quotes. I could have picked dozens. Reading a long I kept thinking how I have encountered good leaders and poor leaders. Ironically some of the poor leaders have had the most formal training in leadership; while some of the best have had none. Sometimes inspiring people to be excited about an activity goes beyond a formula of 1 on 1 meetings and gentle counseling.

Looking at a recent work experience I am certain the sentiment above is part of the reason why I never got excited about working there. I never got a good feeling about how I could be a part of the organization, until my exit interview. By then it was too late.

In general I recommend The Open Organization as a thought provoking book for anyone in a middle management to executive role. It was an easy read and I enjoyed it. Many of the companies mentioned in the book have had major transitions since 2015. Red Hat has been acquired by IBM. Whole Foods was bought by Amazon. WL Gore is still privately held, but is no longer in the top 100 companies to work for.