My notes from the April 11th meeting of TriNug. I don’t go to many TriNug events, but the topic for this one was too close to where I want to go with services and jobs at work… If it runs in less than 5 minutes and we can do it in C# or Java, then function should be the first option - not the last.

I have done minimal cleanup - consider this live noting.

Anatomy of a Function 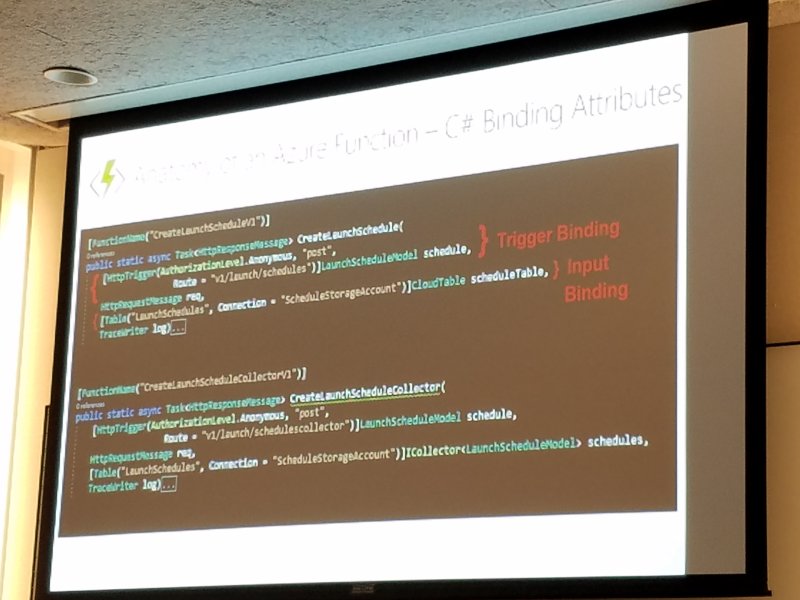 Keep in mind keys, if public then anybody can hit the endpoint

Basic Azure Functions with VS

Designate the route within the trigger binding (endpoint)

Azure Table storage - simple, cheap, easy Functions talk directly to table storage, define it as the output variable Can bind the table directly to the function. No extra coding needed (in C#)

In general - use the bindings for function. Saves dozens of lines of code. for instance Icollector or AICollector